We made it. One year of our marriage. It was a breeze. New interests, funny arguments, umpteen road trips, lots of cooking, a few compromises, and abundant joy – this new partnership has been awesome. Kavi and I chose Northern Ireland to celebrate our first wedding anniversary.

This is our 2nd travel blog after our London expedition. Check it out if you haven’t already. Similar to the previous write-up, we’d provide the itinerary we followed, places we visited, ticket prices, highlights & caveats, and rate them based on our experience. Let’s go!

Belfast is only a two-hour bus journey away from Dublin. We arrived in Belfast on Friday (Jan 17) evening and checked-in to our hotel. I had requested the staff to keep a specially arranged bouquet of flowers in our room to surprise Kavi and they gleefully obliged.

We chose not to explore different cuisines for dinner and stuck to Indian. We dined at Archana, a family-run restaurant specializing in Balti Style cooking specifically from the Punjab region in Northern India. The hosts were welcoming. We tried Chicken Tikka Puri, Garlic & Keema naan, and Chicken Chettinad. Though we wouldn’t say the food was outstanding, it certainly didn’t disappoint us. What probably stood out was the moderate pricing and sumptuous quantity.

For once, we wanted to take it easy. Apart from the Titanic tour in the morning and our anniversary dinner later in the evening, we decidedly relaxed for the rest of the day.

Titanic Belfast is a visitor attraction – built on the site of the former Harland & Wolff shipyard – that tells you the story of the famous RMS Titanic. This is where the Titanic was built & launched.

The exhibition covers many aspects around the ship including the shipyard, the launch, its maiden voyage, the sinking, the aftermath, myths & legends, and its legacy. View the 9 interactive galleries, go on a dark ride that explores the shipyard, learn about the excitement around the launch day, read the spine-chilling last set of SOS messages sent from the ship minutes before it sank, hear the audio of survivors narrating their gut-wrenching experience, watch a short movie about the underwater expedition made to the Titanic, learn about deep-sea exploration and a whole lot more. 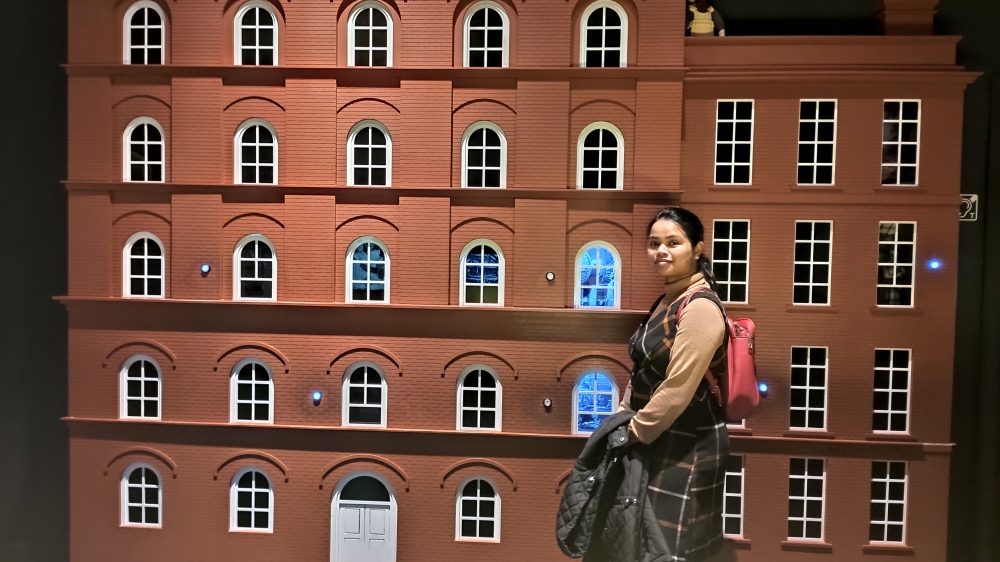 It is an absolute irony that H&W Heavy Industries built 1600 ships but the most famous is the one that sank in its first voyage.

Highlights: A 360-degree computer-generated tour around Titanic through all the levels of the vessel, from the engine room to the dining saloons and the bridge. Also, the gallery recreating the sinking of the ship – with the background sound of Morse code SOS messages being sent to other ships, and audio of survivors.

Caveats: If you come here expecting some sort of a connection with the movie Titanic, you’d end up feeling indifferent. There’s no reference to the movie here. This is wholly about the actual happenings around the actual ship.

After visiting the Titanic exhibition, you also get a chance to visit RMS Titanic’s original tender ship – SS Nomadic. You could explore the ship, its 4 decks, and experience how it feels to be on the last remaining White Star Line ship in the world.

7.00 pm – Dinner @ Nu Delhi (GBP 25 per person): No surprises here, the name says it all. Nu Delhi is a restaurant serving Indian cuisine. There’s also cocktails and mild music. The ambiance of the spotlit space was likable. We tried Chicken Banjara, Garlic & Peshawari Naan, Chicken Tikka Chilli Masala, Bailey’s white Russian and Pina Colada. Fresh food, less-spicy (by Indian standards), generous variety (there’s something for everyone), and smiling staff make this place highly recommended. It gets crowded in the evening. Book your table in advance to avoid disappointment.

9.45 am Day tour – We had booked the Paddywagon tour for this day. Thankfully, it was cold yet a dry and bright day. We departed Belfast at 9.45 am, made our way to Dark Hedges (any Game of Thrones fans?), Rope Bridge & finally to the magnificent Giants Causeway.

Dark Hedges: This is an avenue of Beech trees planted by James Stuart in the 18th century. He built a Georgian mansion and christened it Gracehill house (named after his wife Grace Lynd.) To make the drive up to the mansion more formidable, they decided to plant 150 Beech trees. This is now known to us as The Dark Hedges.

Highlights: A good photo opportunity, if you manage to be there when it isn’t crowded.

Caveats: Umm, if you aren’t a GoT fan, you wouldn’t miss missing this place. There’s nothing else to see other than an array of trees. Also, overcrowded.

Carrick-a-rede rope bridge: This is a rope bridge near Ballintoy in County Antrim, Northern Ireland. The name might trick you into thinking that this is all about the 20-meter bridge suspended almost 100 ft (30 m) above sea level. But, Carrick-a-rede island is more than just the bridge. The 30-minute walk from the visitor center up to the bridge is exhilarating and Kavi aptly said “No camera can capture this glorious view. You wouldn’t know where to look, for there is stunning scenery in every direction. This is nature at it’s very best.” 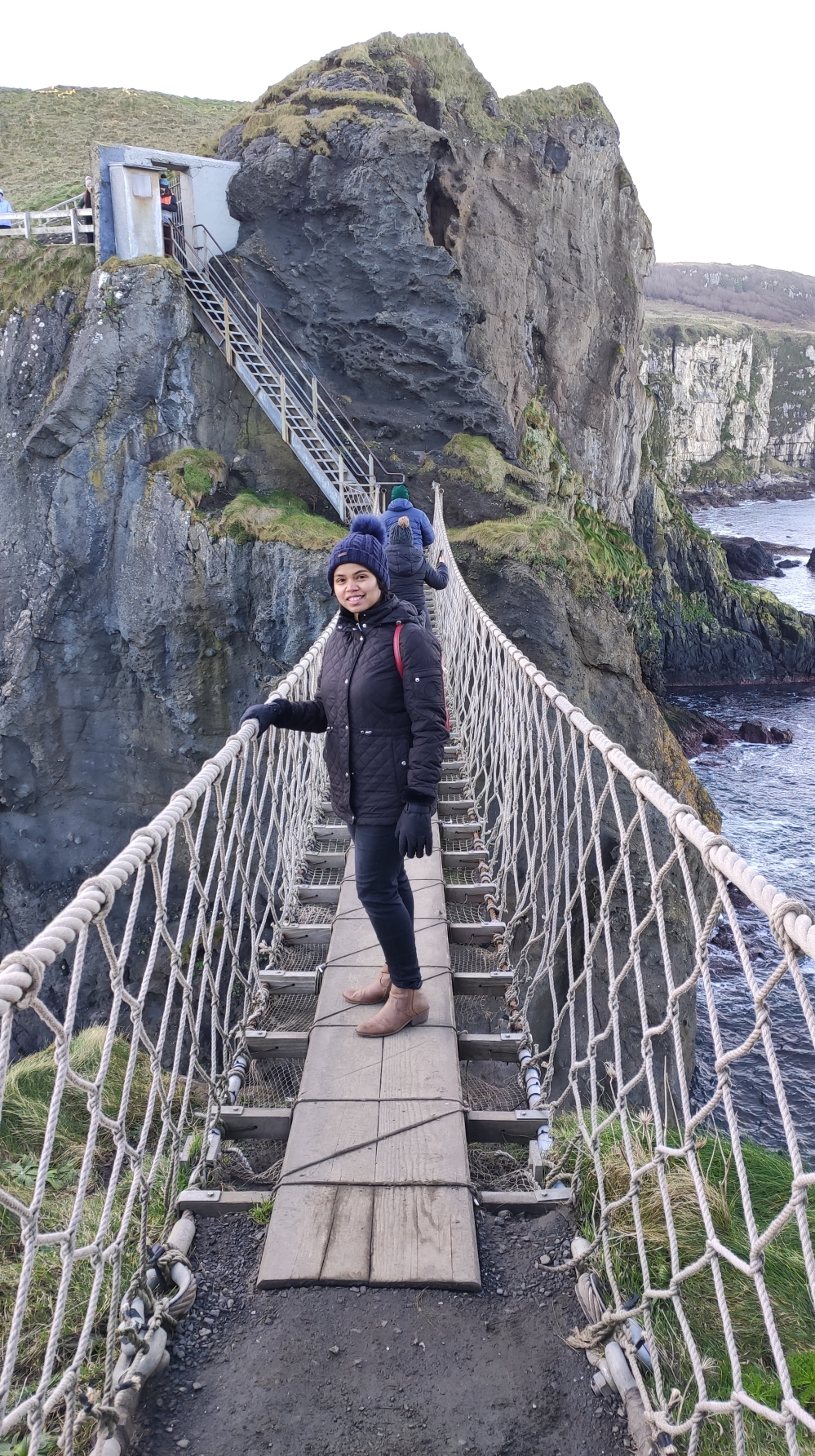 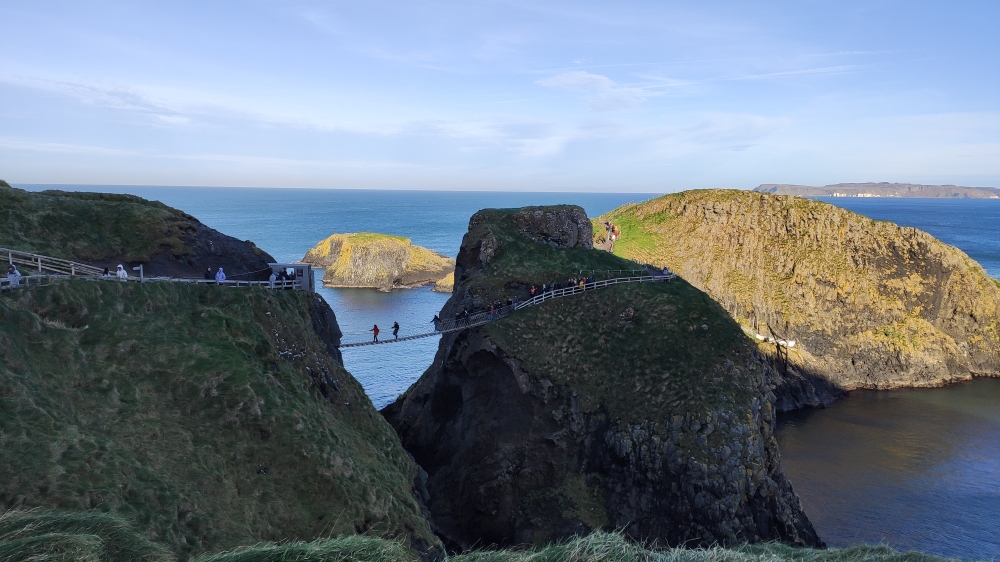 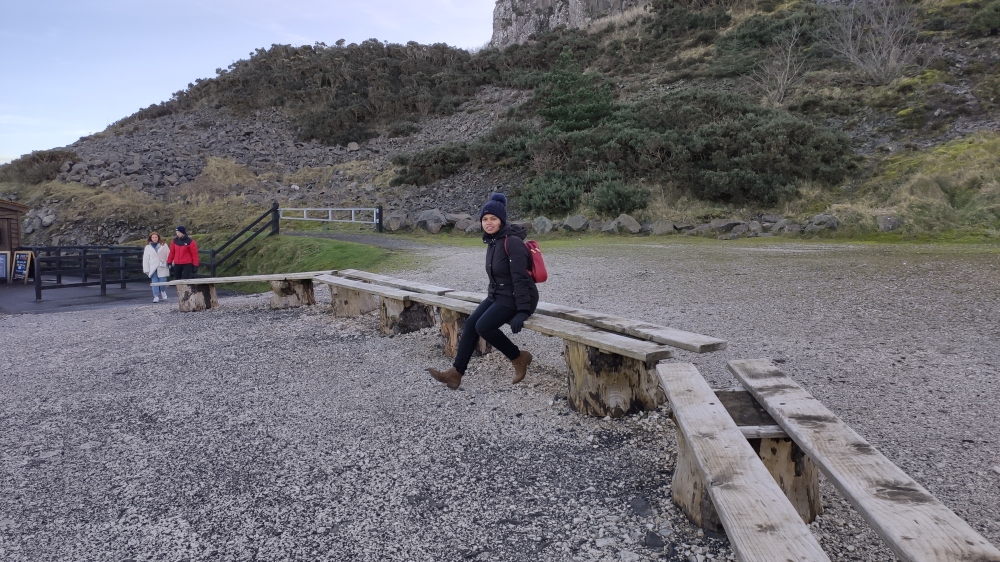 The bridge-walk lasts approximately 1 minute (to & fro). Yeah, you read that right. It’s short & swift. So, if you are there, we suggest you don’t hurry. Take your time, put your phones away, walk slowly, and enjoy the experience.

Highlights: The trek to & from the bridge.

Caveats: The bridge-walk isn’t as long as you’d imagine. 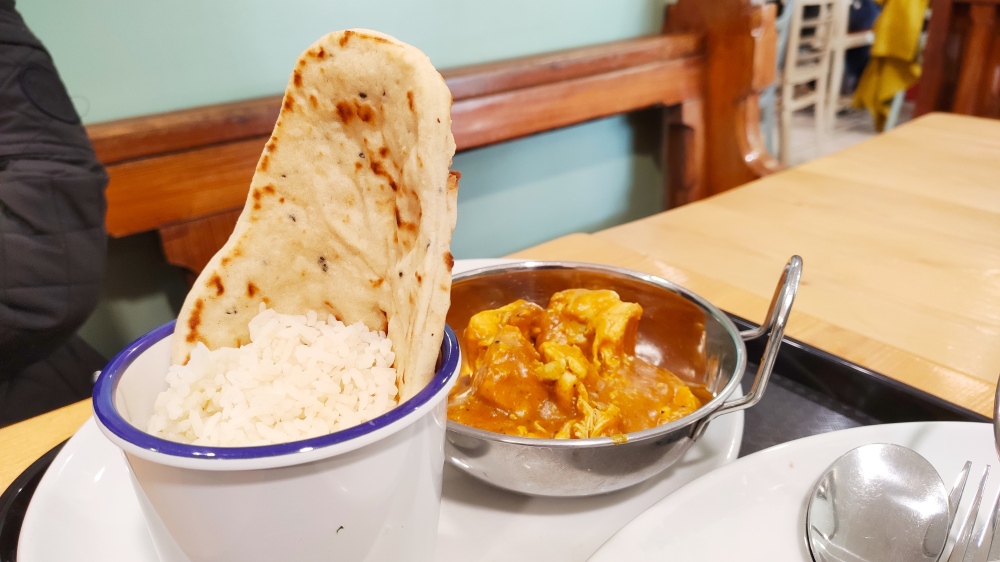 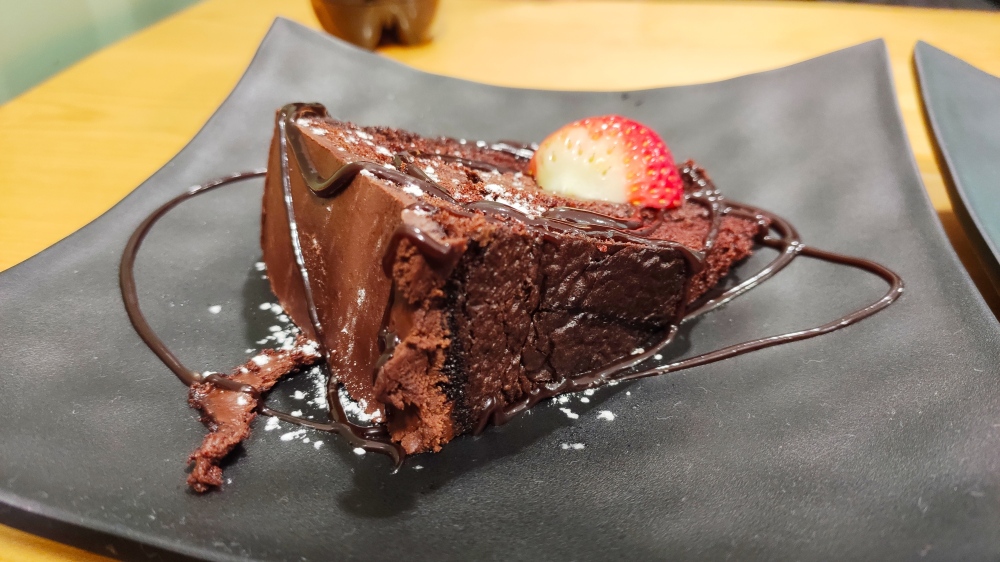 Giants Causeway: When you drive along the Causeway coast, you could watch one stunning sight after another. We arrived at Giants Causeway after our lunch. Quoted from Wikipedia, “Giants Causeway is an area of about 40,000 interlocking basalt columns, the result of an ancient volcanic fissure eruption.” These naturally formed rocks are mostly hexagonal, although there are also some with four, five, seven or eight sides.

An enjoyable walk of around 1 kilometer from the visitor center would bring you to the Causeway. There are different routes (red, blue, yellow) to get to the Causeway. Doing the red route in reverse gives you a better view. For hike-lovers, there’s an active five-mile hike along the stunning cliff-top path. The hike, the view, the causeway – which one to marvel at?  I’d refrain from verbalizing about this place and let pictures do the talking. 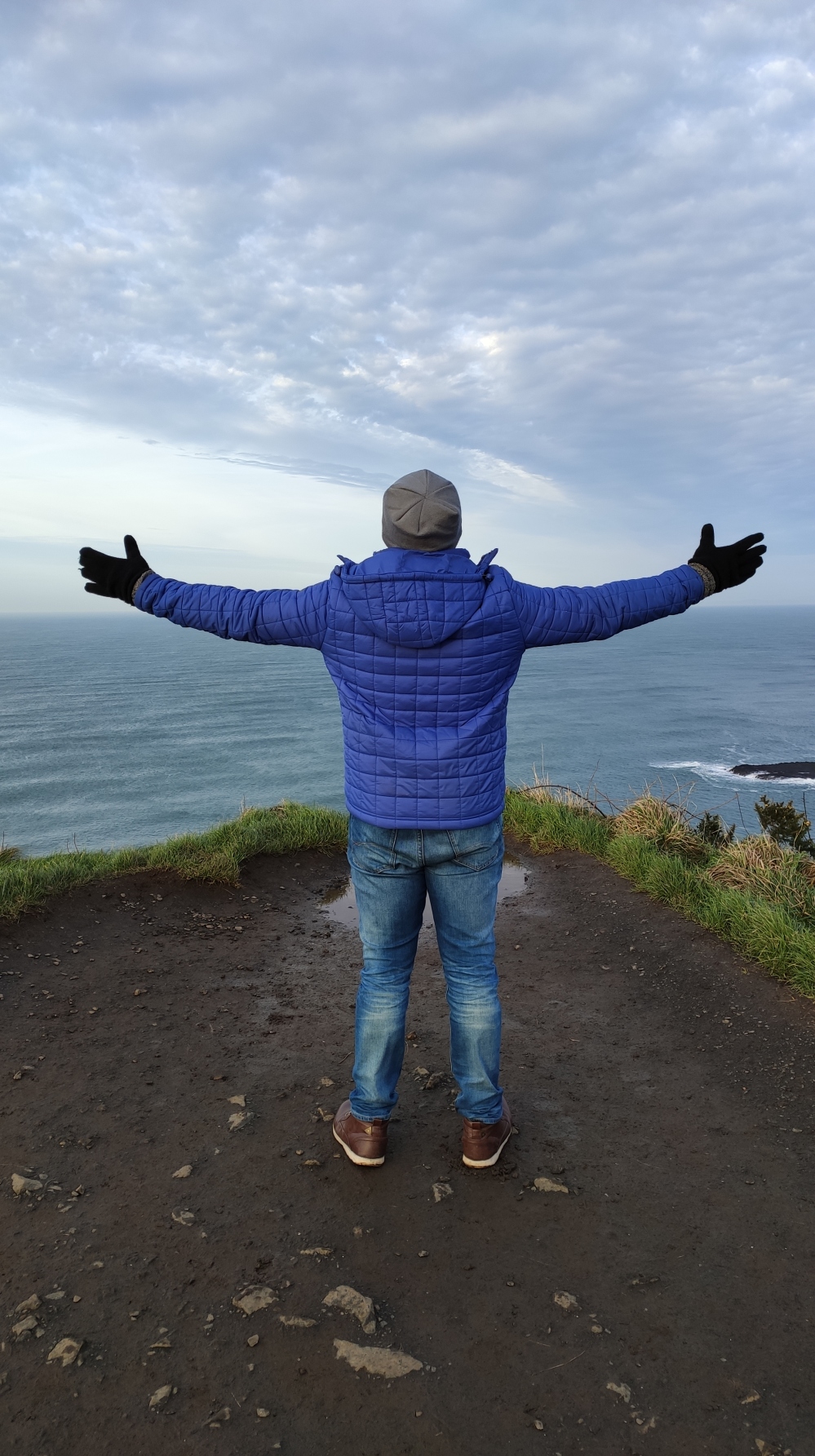 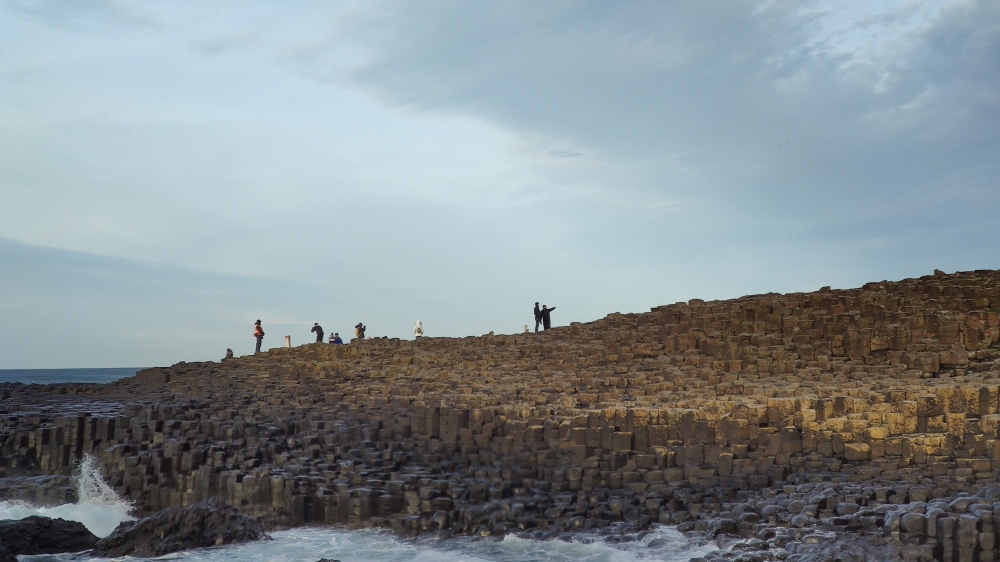 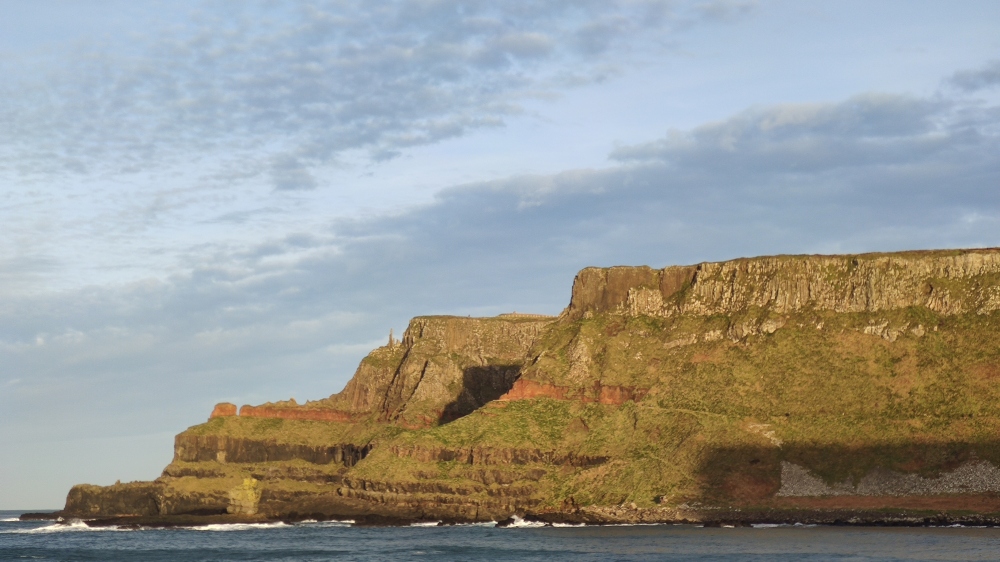 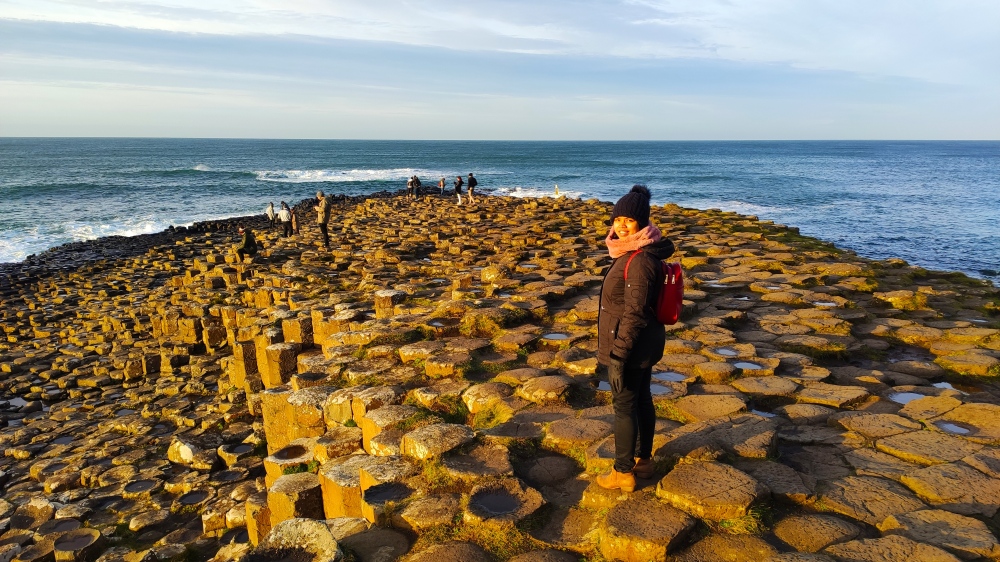 Highlights: The walk down to the Causeway and the causeway itself. If you have difficulty walking, there’s also a shuttle bus service between the visitor center and the Causeway.

Caveats: There’s not a lot of time to explore when you are part of the bus tour. If you are a hike-lover, take a car, come along and enjoy a full day hiking/trekking.

6.30 pm: Return to Dublin – After a moderately tiring day, fully satisfied, we arrived in Belfast at 5.15 pm. Shortly after, we bid goodbye to Belfast and departed back to Dublin. 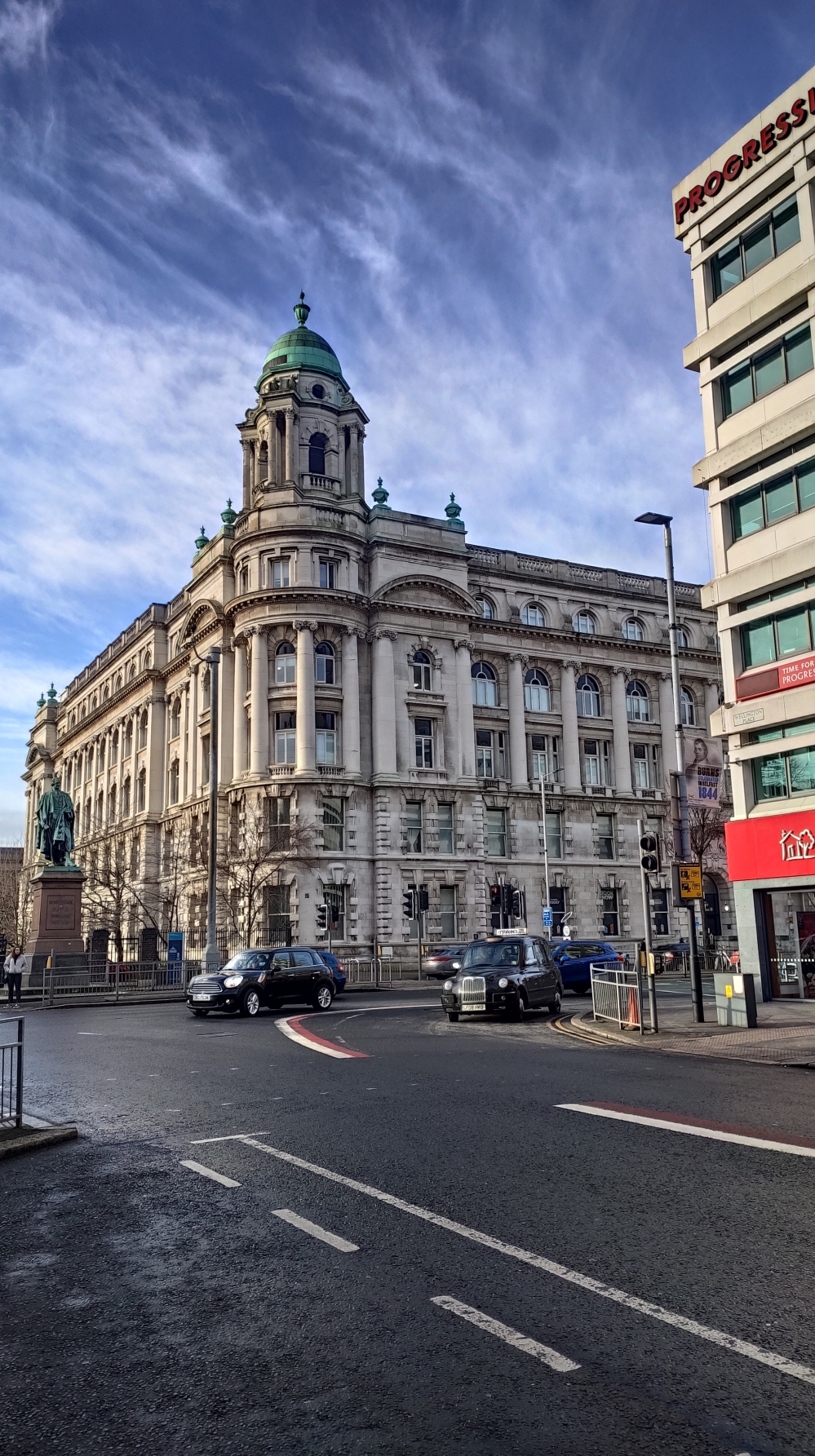 The Titanic museum, some tasty Indian food, a day close to nature, and lots of happy moments together; it was an anniversary well spent and we are grateful for the kind weather that let us go ahead with our plans uninterrupted. Thank you Northern Ireland, we’ll stay in touch.

Other places worth visiting in Northern Ireland:

“I felt my lungs inflate with the onrush of scenery – air, mountains, trees, people. I thought, ‘this is what it is to be happy.'” – Sylvia Plath