HOW WAS POST-IT INVENTED?

Most of us (including me until 3 months back) wouldn’t know that invention of ‘post-it notes’ – the now famously called sticky notes – was an accident. The engineer of 3M, Mr. Silver’s idea was to invent a glue that sticks strongly to any surface. However, what he came up with was a very weak adhesive that would peel off so easily and not work as intended to.

After an initial failure in promoting the glue, the then Vice President turned Product Laboratory Manager Geoff Nicholson of 3M pivoted the business model of the product. He sprayed the adhesive on to a bulletin board in his office and anyone could stick and peel off temporary notes. Then came the second round of pivot when another chemical engineer Art Fry realized that the glue is used backward. He suggested that by putting the glue on the paper instead of on a surface (the board), it could be used anywhere. It doesn’t leave any residue back on the surface and is also reusable.

This nice little accidental innovation and two genius business model pivots have made a large difference to my daily routines and to a certain extent, my discipline and behavior.

HOW HAS IT HELPED ME?

I initially tended to fill my plate with too much to do and end up doing very little than expected. I considered myself a multi-tasker and an all-rounder. I would try handling many jobs at once and postpone some chores for the future, only to not return and finish it. I also had the problem of very little focus span. I’d start learning something, it might lead to something else and the web kept growing like a spider. In the end, I would be in a no man’s land and in the process, would have forgotten where I started.

When this problem escalated to a level that hindered my progress, I decided to take on expert opinion. This led me to an android app called YourDost that focuses on emotional wellness. The app’s description, in their own words, is as follows – 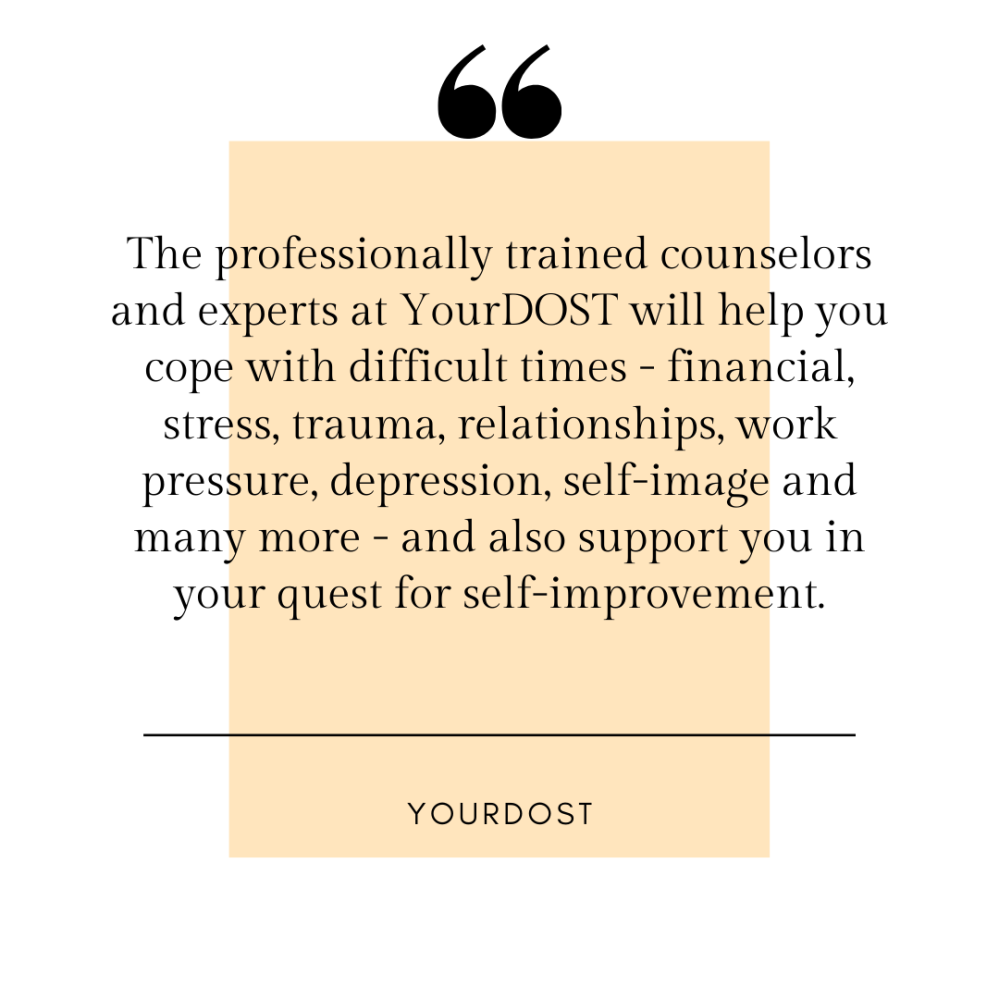 I signed up and initiated my conversation with a counselor. She was an expert from Bangalore, India who had ample experience. Upon hearing me patiently talk for a long time and asking me useful questions to direct the conversation in the right path, she suggested I make note of my targets daily on a piece of paper and prioritize them.

In this way, even if I drift away owing to multi-tasking, I might still come back to my primary goal as my notes would act as a checkpoint. I liked the idea and started implementing it wherever possible.

Also, previously when I used to play cricket with my league team’s captain Vignesh, he would insist me on bowling to him at a certain spot which he thought was his weakness. When prodded, he would confess –

Such a marvelous thinker. Thus, came my habit of using sticky notes. From then on, this habit has helped me in more than one way.

Firstly, it helped me become disciplined. The famous quote – “Fake it until you make it, and then fake it until you become it” has always struck me hard. So, whenever I would read or hear some expert suggestions on habitual changes, I would immediately scribble it on my post-it and stick it on my office desk (that’s where I spent most of my time sitting in one place). I imagined that by regularly looking at it, my behavior would be influenced. After some time, it worked like a charm, slowly, yet steadily.

Then I started pasting these notes on bathroom and kitchen walls at my home, writing something like “Clean regularly, make judicious use of water, throw wastes into bins” hoping that it would soon turn from habit to behavior and eventually, my attitude. Once again, I began to notice subtle changes in everyone’s habits at home. The notes acted less like an instruction manual and more like a watch-dog. I felt someone was constantly observing and morally judging me. The notes became my conscience. I felt I couldn’t cheat right under the nose of my conscience.

From then on, this habit of making notes or even maintaining a to-do list has enabled me to prioritize my tasks and set realistic deadlines keeping in mind the other tasks that are already lined up. The notes are different from an electronic mobile calendar (or reminders) in many aspects.

Now, I am in Dublin, Ireland for my Master’s studies. Here, I stay with four of my friends in a rented apartment and the sticky notes saga continues. On one occasion, I felt we were not arranging our shoes in proper order. A simple shoe-rack rack would’ve cost us 40 odd euros, but we chose a cheaper alternative. You could see our solution and its result below in the pictures.

I also knew I would be busy with my assignments, deadlines, exams, and projects. I did not want that to be a reason for me to forget calling my family back in India. There went another note. Honestly, this one especially feels so personal and influential, for even if I’m busy, I know when and what to prioritize. 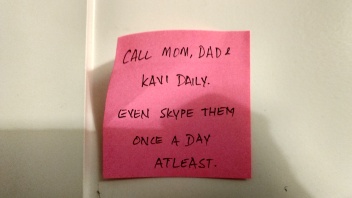 Recently, I happened to read an interesting hygienic behavior on Quora, a knowledge-sharing question & answer forum. The question was something like “What is that one habit you wish everyone knew?” and someone answered how closing the flush toilet before flushing off (and leave it closed until next use) avoids bacteria from spreading all over the bathroom and infect our toothbrushes or soap bars. Fine. Even the bathroom mirror wasn’t spared. 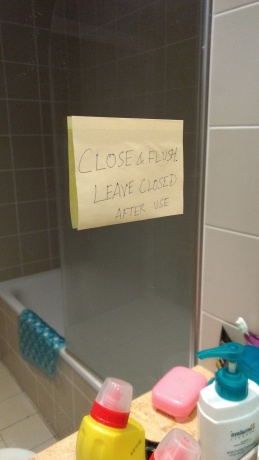 Now when I turn back and analyze myself and my journey with these tiny rectangular colorful papers, I could only be amazed at how small actions can sometimes lead to big changes. I am happy I made one. 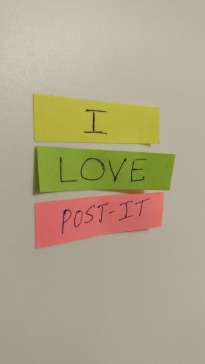